← more from
Blood and Biscuits
Get fresh music recommendations delivered to your inbox every Friday.
We've updated our Terms of Use. You can review the changes here. 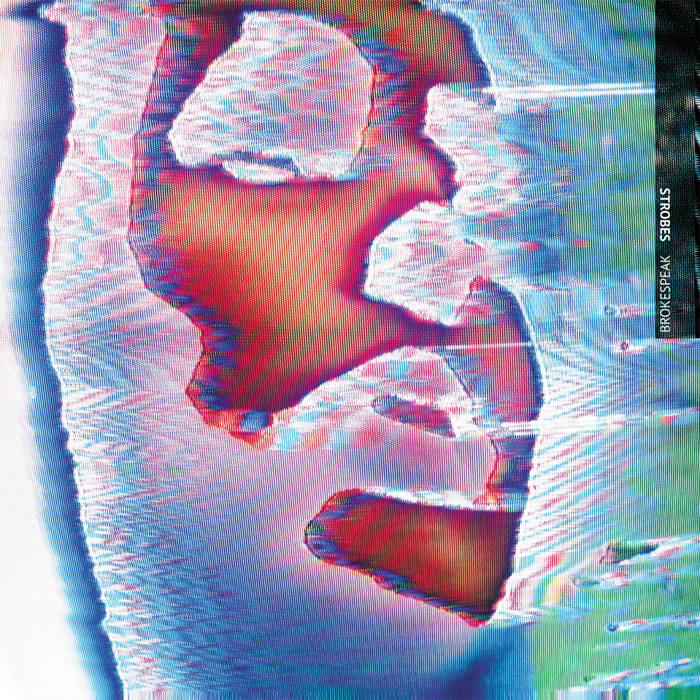 james mcilwrath Nothing quite like it. Complex bops and slaps. More please? Favorite track: OK Please.

Glen This is the future of Jazz as imagined in current form of math rock / post rock and polyrhythmic electronica. -Wherever that takes us. Favorite track: BRKSPK.
more...

DAN NICHOLLS KEYBOARDS/ELECTRONICS
MATT CALVERT GUITAR/ SYNTHS/ELECTRONICS
JOSHUA BLACKMORE ELECTRONIC+ACOUSTIC DRUMS
Written by Dan Nicholls and Strobes (except A2+B1 by Nicholls/ Smith/Strobes).
Produced by Strobes, mixed by Matt Calvert, mastered by Peter Beckmann at TechnologyWorks.
Thanks to Dave Smith for his invaluable input to this music.

"A sonic triangle of electrified polyrhythms, spaced-out synth jams and off-kilter beats." Is how three-piece Strobes attempt to describe their occasionally indescribable debut album.
Formed of keyboardist Dan Nicholls (who has worked with Squarepusher and Matthew Herbert), drummer Joshua Blackmore (Troyka) and guitar and synth man Matt Calvert (Three Trapped Tigers, Heritage Orchestra) – this band has created, via their debut release Brokespeak, an album that eschews genre and feels free from time-stamps. They are an intensely high-octane group that fire off frantic tempos and intricate complexities, yet they also retain an accessibility through fluid grooves and an engaging sense of melodic intuition. It’s an approach which Nicholls’ feels the group has adopted almost intentionally, “Our music seems to have naturally moved towards making something simple out of something complex – whether it be a lop-sided beat which is somehow danceable, a combination of patterns that form a melody, or improvisations where the instruments seem to blend into one another.”

The group interlock through Nicholls’ agile and sophisticated keyboard and bass synth work, Blackmore’s dizzying and immersive beats and Calvert’s riffs that shift from crunching noise to ecstatic grooves. The end result at times feels hectic and jittery, a scattered assault of slightly math-rock explorations, soaring post-rock guitars, grooving African rhythms and glitchy, pulverising electronics. Yet for all it's seeming restlessness, it contains a feeling of fluidity and restraint that adds a further sense of depth and cohesion to the record – it's additional jazz tinge making the finished album sound like something you might find on Flying Lotus' Brainfeeder label.

Originality is at the core of the group’s explorations and even the album’s title feels emblematic of their idiosyncratic output and approach, as Nicholls points out. "The title for me encapsulates this concept of odd-sounding rhythms and melodies, like a broken language which makes sense in it's own way. Wonky, off-kilter, a little foreign sounding." In an attempt to evade or demolish anything resembling singular genre exploration they have, somewhat paradoxically, ended up creating their own sound that traverses styles and eras. The most beautiful thing being that only direct exposure to the music itself will come close to revealing exactly what that sounds like.

Bandcamp Daily  your guide to the world of Bandcamp